It will not surprise anyone that I like tanker stocks.

I won't rehash why I own tankers. I won't mention that a number of boats are approaching geriatric status. I won't mention that an international sulfur cap, combined with the requirement to install ballast water cleaning systems, will force owners of these ships to invest millions of dollars to stay up to code - or melt them down for scrap (not to mention the cost of special surveys). Since I'm not mentioning any of that, I'm going to talk about short selling. I've already laid out the case for owning tankers. Now, I'm going to argue that selling them short is absurd.

I can see why a daring hedgie might be tempted to short tankers. What better hedge to put on against a global collapse than a cyclical industry with high fixed costs? Want shady related party transactions? You've come to the right place. When a noted Scandinavian scammer shows up on CNBC pumping with all he's got, the opportunity seems almost too good to be true. Could this make up for your losses in Tesla? What could possibly go wrong?

Well, a few things. First off, tankers don't care about what the stock market does - the price of a commodity is determined by supply and demand. 2008 was the most profitable year for tankers in decades - not because the VIX was at 10 (it wasn't), but because there was simply too much oil. That was then. Now, we're all working in our pj's watching the biggest glut in the history of oil pile up off the coast of LA. The difference is that in 2008, the shipyards were working like sixty, flooding the high seas with vessels. Today they're empty.

The supply of tankers has been increasingly tight for a couple of years - a powder keg in search of a spark. The contangovirus was the latest match. As a professional hedgie, this can't have escaped your notice, but perhaps you didn't think through the implications. Tankers get paid to resolve geographical imbalances between supply and demand. That means every time something crazy happens in the world, revenues go ballistic - just as the rest of your book is imploding. 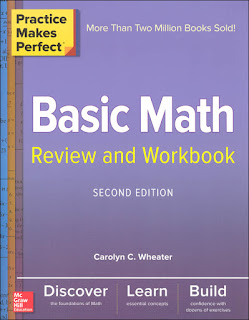 Practice makes perfect, so why not work through some numbers? Let's say you buy a middle aged VLCC for $50 million over the weekend, and rent it out for the going rate of $130,000 a day. After factoring in ordinary course embezzlement, you have a little over $10,000 in operating costs. If I recall correctly, there are 365 days in a year. You don't have to be Brahmagupta to figure out that $120,000 x 365 works out to around $45 million.

Repetition is key, so let's run through another example, this time with a ship a fraction of the size. Last I checked, a middle aged MR was going for around $20 million. MRs are substantially cheaper to operate than VLCCs, but you can assume operating costs of $10,000 for simplicity. One poor soul recently paid an MR $100,000 a day for a voyage in the Mediterranean. It's your turn to do the math.

These rates are not sustainable for the long term. But as Obi Wan might point out, it only has to keep up for a few months for tankers to make more money than you can possibly imagine. If you're short a tanker stock that earns its market cap every few months, does it really matter whether the company has an SaaS recurring revenue model for sustainable growth? Remember, all it takes is one good quarter to pay for years of operating expenses.

Some of these tanker stocks have doubled since my podcast in March, but frankly, I'm surprised they're not up more. VLCCs are getting fixed on voyages in the low $100,000's as I write this, and they're filling more boats with oil every day. Despite all this, someone has been shorting tanker stocks (rather unsuccessfully) all the way up, and in size too.

Here's the best argument any short seller has given me: "rates will go so high that tankers will bankrupt all their customers." The risk of explosive profits is palpable. Also popular: "they'll just build more ships" In what shipyards? The ones shuttered due to Covid-19, or the ones they demolished to make room for condos? As everyone knows, the boom is going to be over before your ships arrive in 2023, so why bother? Besides, why would anyone with a prefrontal cortex order a ship today when it will probably be obsolete in 10 years anyway?

If you think I'm "not getting it", you're right. I don't understand the allure of shorting an asset earning triple digit unlevered cash flow yields while trading at large discounts to NAV - particularly when NAV is understated and growing rapidly. Until someone explains it to me, I'm going to hold on to my tankers. If my math just doesn't add up, feel free to shoot me an email at my name @ protonmail.com

None of this is a prediction; I'm just observing what is already happening. Looking to the future, I have a hunch that tankers will earn elevated returns for years, as there are plenty of decrepit gas guzzlers that will make prime scrapping candidates when rates cool off.

In conclusion, if you're short, this is is probably a good time to cover. I don't have enough fingers to count the number of ways to lose money even if you're right.

Disclosure: I normally would put the stocks I own here, but I figured it would be faster to list all the tanker stocks I don't own: NAT
Posted by Braxton Gann at 3:56 PM

Braxton Gann
Like the phoenix, this blog will rise from the ashes.